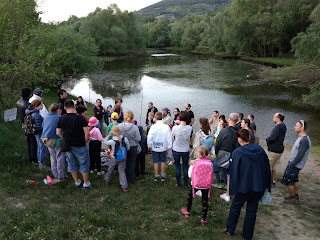 Are people in Slovakia interesting about bats? We have to say, that bats are creatures which people know less than another. So the course should improve general information about ecology and bat species in the area of the event.

First event was held in Devin (Bratislava city) near the confluence of the Danube and Morava river. Most important was to attract a lot of people, what was fulfilled. Altogether more than 40 participants were present and curious about bats. In the first part experienced bat expert M. Noga presented interesting facts and the ecology of local species. After sunset first bats started flying along the river. We had prepared bat detectors, so we were able to detect them and identifying the kind of the bat. In the second part people were watching bats for some 30 minutes until it was too dark. Most of bats were one species - Noctule (Nyctalus noctula). It is typical forest species, common distributed in the area. On the end of the course, participants were able to distinquish it from other species due to the size and flying in open space. Also on the site were prepared nets for bat trapping, however the wind was so strong. This course part - bat identification  in the hand - will be realized within the next courses.

Next course events will be added to the calendar as soon as possible. All information will be placed on the saolask.blogspot.com, too. 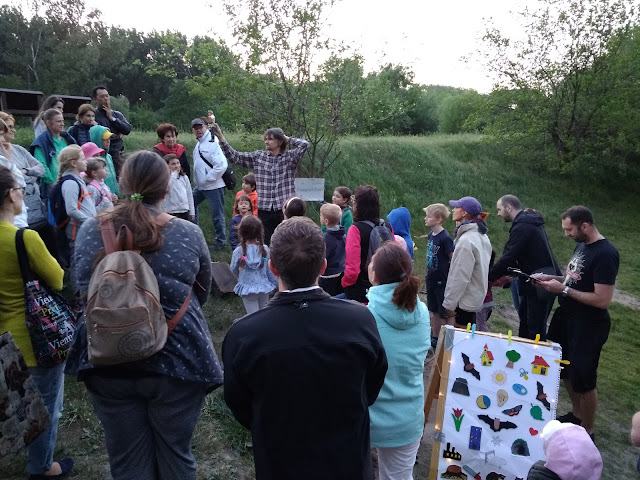